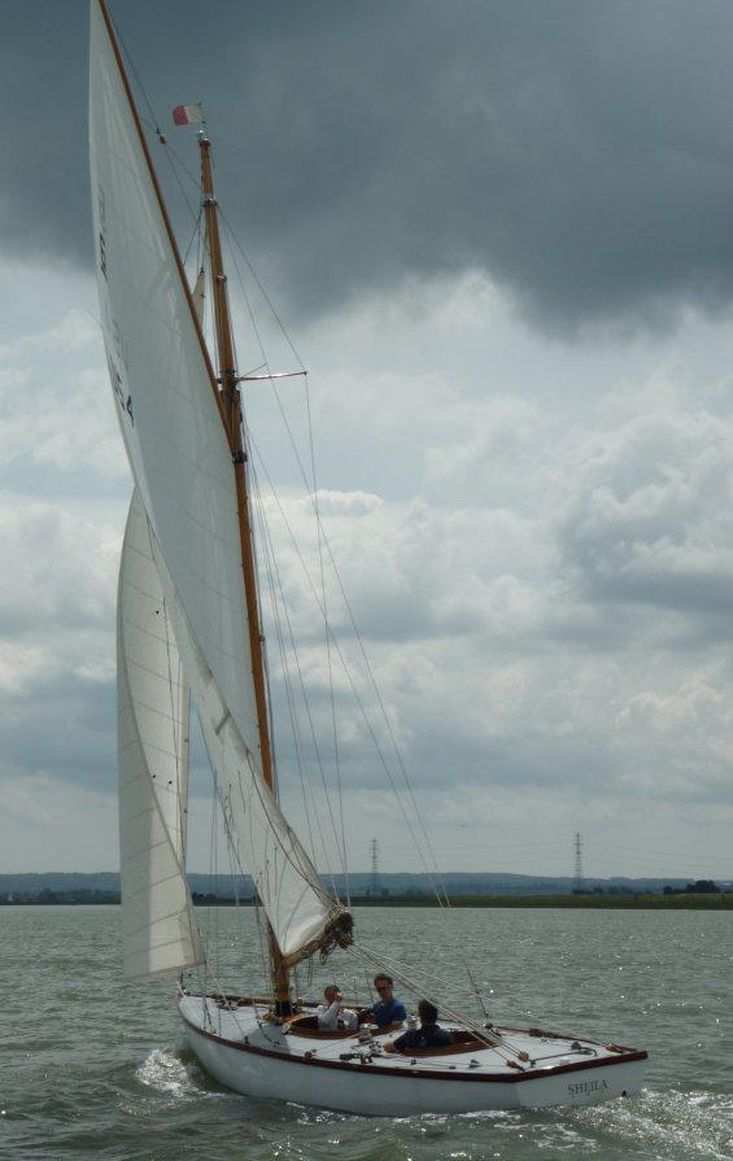 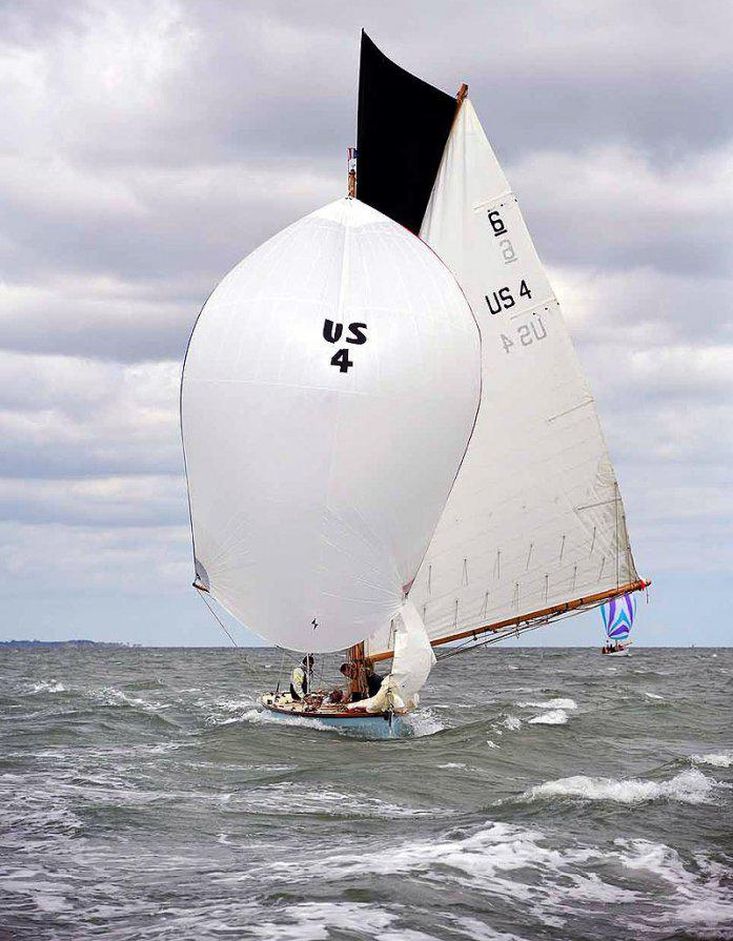 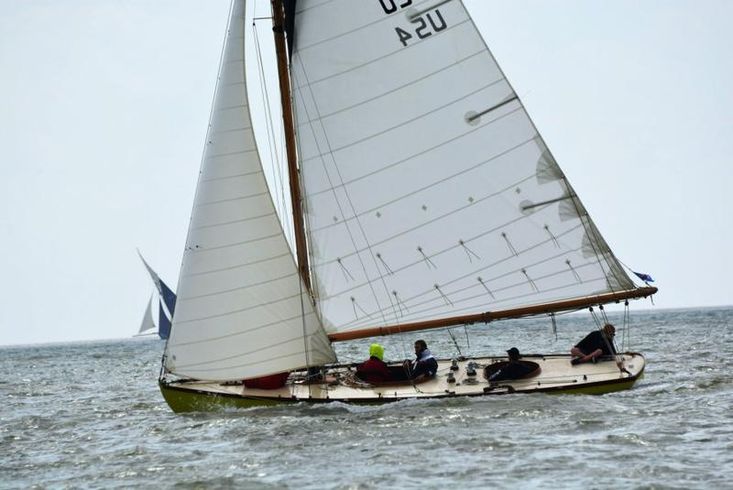 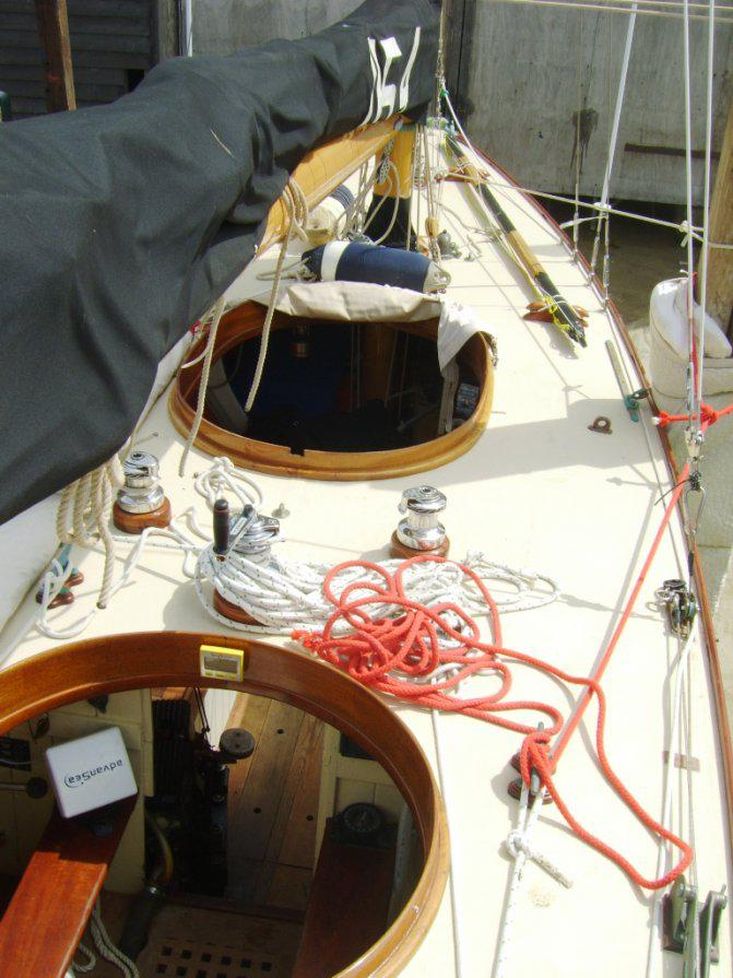 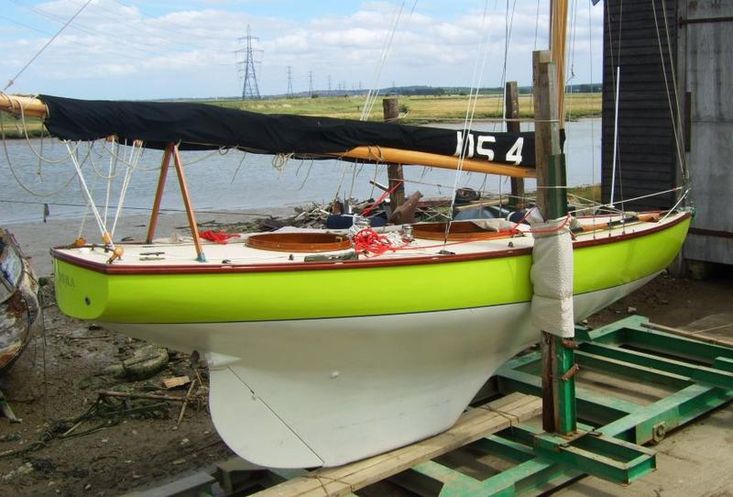 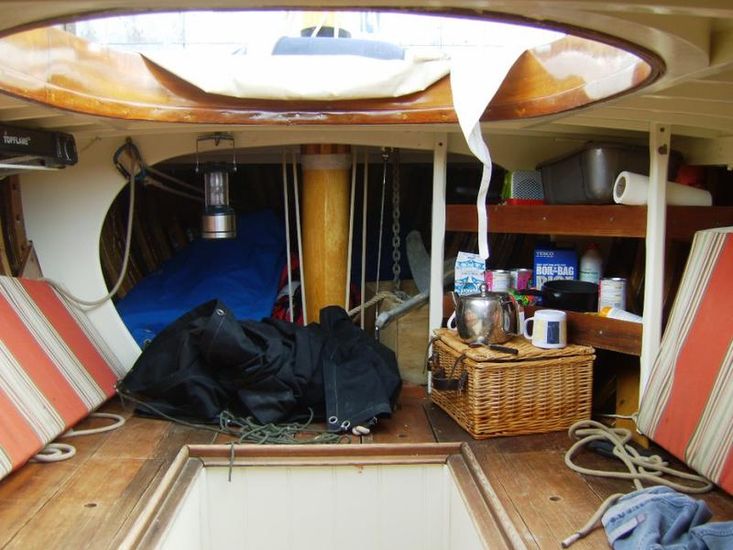 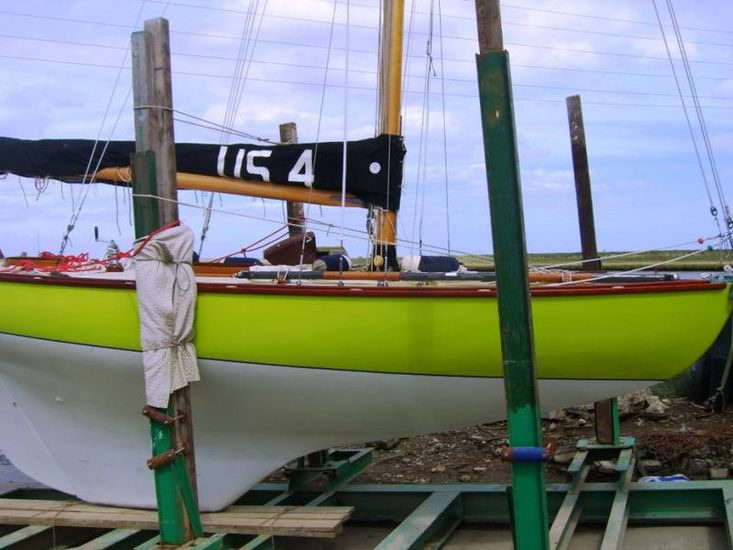 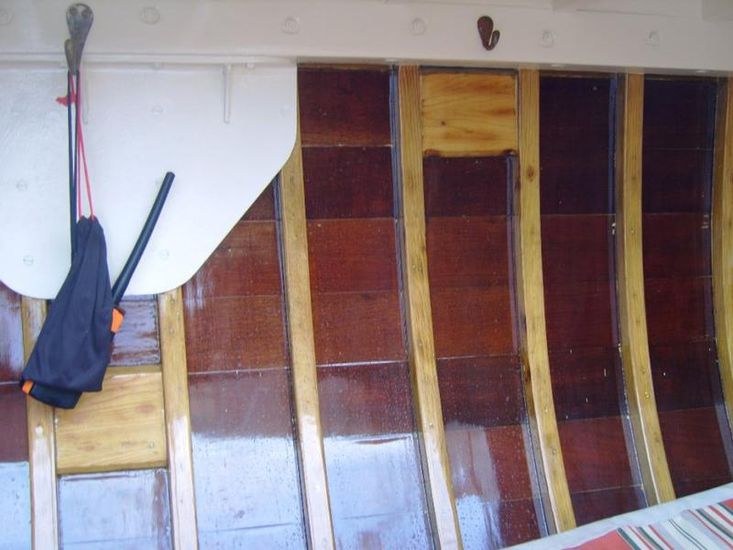 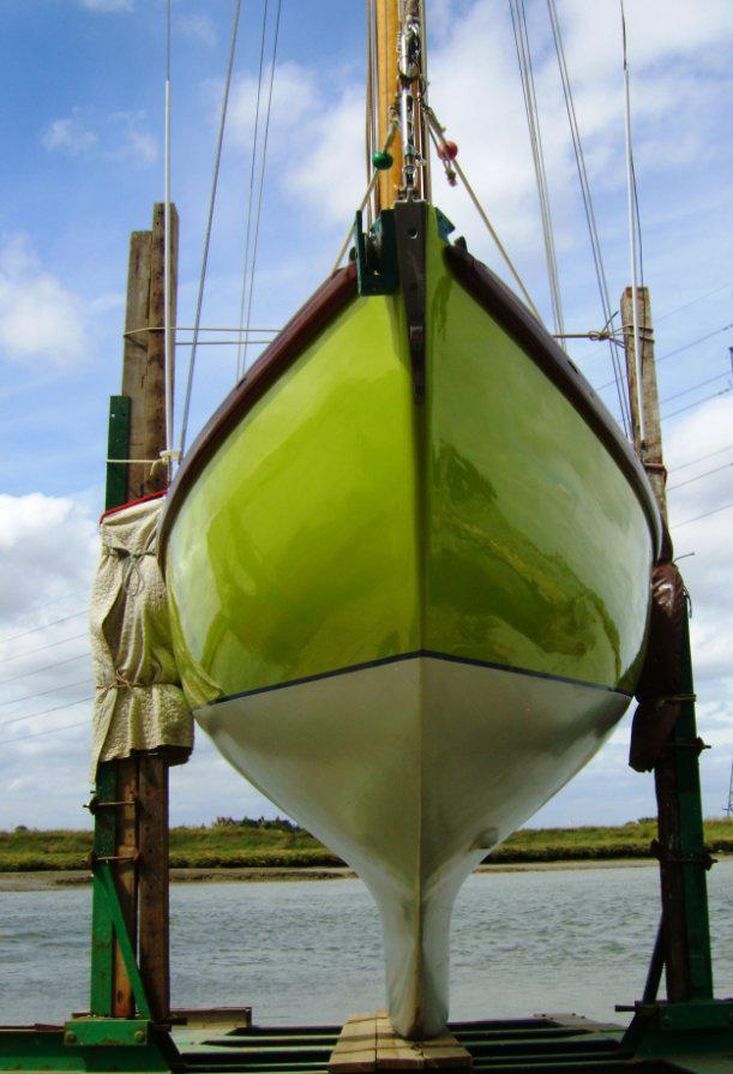 Sheila was the first boat built at the Herreshoff Manufacturing Company that wasn’t designed by Capt. Nat Herreshoff. Starling Burgess, an aircraft designer and close friend of Herreshoff, designed Sheila for Paul Hammond. She was on the first American team of six-metre boats to race in England in 1921. Her sail no. was US4. After the race she remained in England.

Iain Rutherford bought Sheila in August 1933. He wrote a book called “At the Tiller” about his journey in her around the north-west coast and islands of Scotland but also his circumnavigation of Ireland and his trip to Norway.

In 1964 she was bought by J. Chambers and R.E. Shepherd and once more she was called Suilven. Between 1964 and 1969 she was badly damaged in Port Patrick in Scotland. She dragged her anchor and stove in part of her stern against the stone wall of the harbour. Due to the weight of lead on her keel, she sunk quickly and the pressure of the air inside her hull broke up the decks. She was salvaged by Shepherd who had her repaired by local craftsmen.

Due to the pressure of work she was virtually laid up between 1969 and 1973 when she was bought by M. Gordon and J. Allison. In1975 she was sold to David Rennie who owned her until she was bought by Pete and Annie Hill in 1977.

When they bought her she was superficially run down but basically in very good order. They conducted a complete refit, taking out the engine and installing the present bridge deck and watertight bulkheads and rebuilding the interior of the cabin from scratch. At the same time the deck was cleared of all fittings and recanvassed. The called the boat Sheila again and lived aboard her at Glasson Dock near Lancaster. Their sailing in her took place around the Irish Sea. At this time she was apparently in perfect condition. The hull had a superb finish and she was kept immaculately.

Pete and Annie Hill built themselves another boat called Badger, in which they cruised extensively and wrote books, one of which was ‘Voyaging on a Small Budget’, Annie wrote regularly in Yachting Monthly. They sold Sheila in 1982 to Gerald O’Brien, when all the recommendations on the survey were carried out by Maurice Parvin of Gosport.

She was sold to an American, Ryan Castiller, who began a thorough refit. Ryan died towards the beginning of 1986, not having completed the refit. On 27th November 1986, Mr Robinson of Kent bought her. Eddy Richards of Cowes was commissioned to convert her back to her original spec and appearance. No plans were available but research revealed photos of Sheila from Beken of Cowes from which it was possible to restore her to her original appearance. The original deck layout was reinstated with twin cockpits. New sails were supplied by Ratseys in 1989 (mainsail and racing genoa).

Sheila is a fast and exciting Six Metre in excellent condition. Her history of cruising with Rutherford before the war gives much confidence in her ability as a sea boat and she can be pushed hard without undue concern. Sheila can be tacked and turned quickly and will take steep seas with ease. She attracts much attention whenever she is out.

The current owner purchased Sheila in 2011 and bought her to his boatyard in Kent where he proceeded to undertake a major restoration of her hull, which now looks brand new even though roughly 90% of it is the original fabric. A new interior has been fitted with 2-3 berths as accommodation, also to go with her original Marconi rig which is in good order. The current owner has put in a new gaff rig and everything is brand new and to a very high standard. Early Summer re-paint and for the 2020 season. In full commission.

Important Note: The particulars / images of the vessels listed on this website are believed to be accurate but are not guaranteed, buyers should satisfy themselves regarding the same. No warranty is given as to the condition of vessel's hull, machinery and equipment / gear and an examination by a qualified marine surveyor is always recommended.

Boats for sale
by continent

Boats for sale
by country